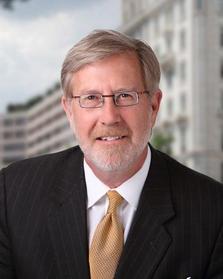 The Phoenix Karate-do Association is an international organization with dojos across the United States, Ukraine and Rwanda.

The Phoenix Karate-do Association continues to bring together, year after year, an exceptional and diverse group of active Yudansha and aspiring Mudansha.

The Phoenix Karate-do Association Kyokushinkai International was founded on Mas Oyama’s Kyokushin and acknowledges its debt to this renowned master of the martial arts. The Association has also continued its unbroken direct line, begun with Hulon Willis in the early 1960s through Donald and James Radcliffe, and strengthened with Raymond Elmore as our first Kancho,

Shuseki Shihan Anthony Codispoti began training with Kancho Soller in 1988 at the Mount St. Mary’s Dojo.  A holder of the 7th dan, he is known for his powerful technique, progressive instruction and commitment to training.

Shuseki Shihan Cathy Melanson began training with Kancho Soller in 1983 at the Mount St. Mary’s University Dojo.  A holder of the 7th dan, she has travelled around the world promoting and training in Phoenix karate.