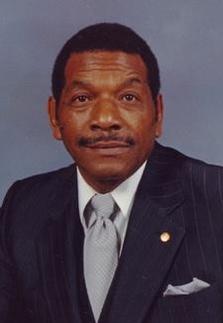 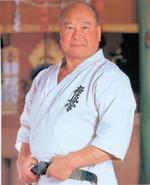 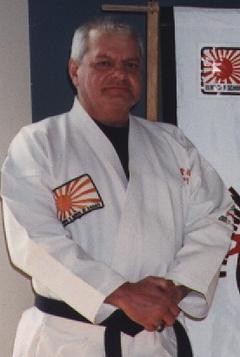 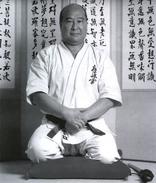 Raymond Elmore became active in formal karate in the 1960s’ when he began studying under Hulon Willis and the Radcliffes at the Southside Virginia Police Karate Academy. Under the auspices of Elmore’s School of Karate and the City of Hopewell Recreation and Sports Program’s Karate Club, he developed a large dojo that trained thousands of  karateka in Kyokushin karate. His dojo trained adults and children, the latter being innovational at the time. He helped pioneer karate in southern Virginia and the surrounding states, traveling widely to compete and instruct karateka. A disciplined and celebrated instructor, Elmore taught in a traditional atmosphere with an emphasis on physical conditioning, demanding kumite and exceptional tameshiwari. A proponent of the way of karate, Elmore stressed the positive values of the art’s philosophies.

Elmore promoted and supported the Phoenix organization since its founding in 1981, and was a frequent visitor, continuous advisor, and mentor. He took great pride in its growing membership.In 1990 he assumed the position of Kancho (then defined as Chairman) at the request of the Founder and Chief Instructor of the Association, Dan S. Soller, in order to assist in the development and expansion of the Phoenix Karate-do Association Kyokushinkai International, a position he held until his death. The positions of Chairman & Chief Instructor were afterward combined to define the current Kancho as head of the house.

Hulon Willis, as the ranking master, is credited with helping Donald and James Radcliffe establish Kyokushin karate in the southern tri-cities of Virginia in the early 1960's, having been named Virginia USA Branch Chief by Oyama Sosai. A highly regarded and respected instructor, administrator and prominent tournament official, he is considered a pioneer in the history of Virginia karate. He traveled throughout Virginia and the USA training  and advocating the benefits of karate. Willis served until his death as a senior master and mentor to karate students.  Hulon Willis is important to the foundation of the Association as he began the ryu that would eventually lead to the founding of the Phoenix Karate-do Association Kyokushinkai International.  He left two introductory kata (the Association’s Tsuki no Kata and Ju Ni Ho) that continue to be cornerstones in the Phoenix Kata System.  One of his early students, Raymond Elmore, later served as the Kancho of the Phoenix Karate-do Association.

Masutatsu Oyama was born in Korea and moved to Japan in 1941, where he became a pupil of the great karate master Gichin Funakoshi. He soon resolved to live his life in the way of karate and determined to follow the doctrines of its way.  After 1948, for a full three years, he secluded himself from human society, devoting himself completely to a life according to the precept of zen. He lived in temples and in the mountains and subjected himself to the disciplines of the martial arts both night and day. Through such rigorous training as seated meditation under waterfalls, struggles with wild animals, and smashing trees and stones with his bare hands, Oyama refined not only his doctrine of karate but also his own mind and body. His amazing techniques, manifested most dramatically in his ability to rip the horns from bulls, caused a sensation in the karate world. Beginning in 1962, starting in Europe, he went around the entire world establishing training halls for the Oyama karate method.  In 1958, Oyama published his first karate guide book, "What is Karate?" and went on to publish a number of highly acclaimed karate texts. (Excerpted from This Is Karate, Japan Publications Trading Company, revised edition, December 1973)

Oyama Sosai’s organization, the International Karate Organization (IKO)  Kyokushinkaikan, grew to become one of the largest karate organizations in the world. The great Mas Oyama passed away in April of 1994, at 71 years of age. Oyama was one of the "old masters" of karate and his contributions to the martial arts shall remain legendary.

The Phoenix Karate-do Association Kyokushinkai International was founded on Mas Oyama’s Kyokushin and acknowledges its debt to this renowned master of the martial arts. The Association has also continued its unbroken direct line, begun with Hulon Willis in the early 1960s through Donald and James Radcliffe, and strengthened with Raymond Elmore as our first Kancho, of following the Kyokushin style of karate. The Association is one of the oldest continuous training Kyokushin organizations in the USA.

We acknowledge our masters and their great contributions to the art of karate.